Can you find work life balance as an entrepeneur? 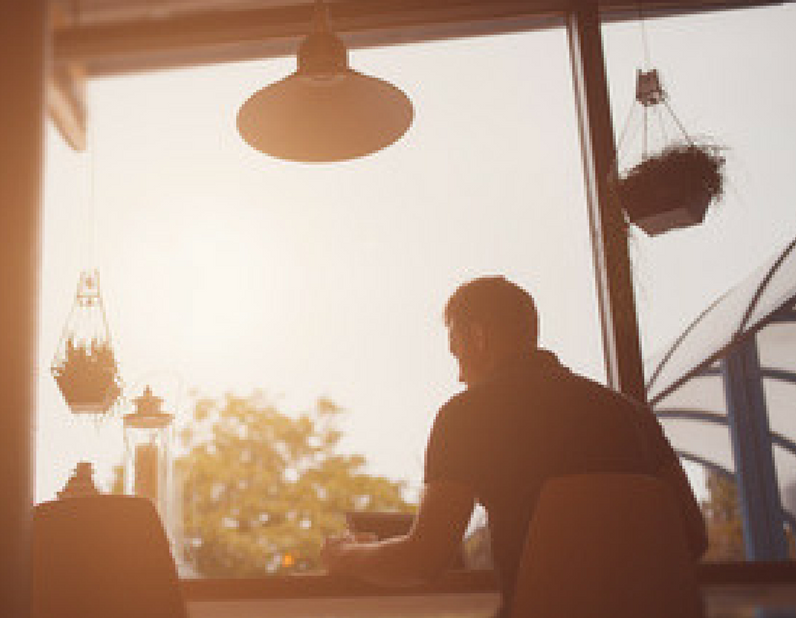 Work life balance as an entrepreneur

Can you have a business and a life?

I first fell in love with the idea of work life balance while I was studying business at Charles Sturt Univeristy, Bathurst, in 1999. My lecturer, a Californian lady with some fantastic (and perhaps some true) stories, introduced us to a book called Maverick. Maverick was about a brazillian company which was built on the idea of democracy. Ricardo Semler, who took over as CEO, emphasised work life balance for his employees. Interestingly, Semco enjoyed massive success after this transformation.

Semler took over his father’s 27 year old business in 1980. Semco employed 100 workers and was turning over around $4 million at the time. Within 8 years, Semler had changed the culture of Semco from a bureaucracy to a democracy. Durind that same period, Semco grew to employ 800 people and turn over $37 million per year. Semler is still passionate about work life balance.

‘The Seven Day Weekend’, was Semler’s second book, which he began with 3 thought provoking questions:

I believe Semler’s point is that the nature of work has changed and so must we.

In 2007, I experienced the same culture of busyness while I worked at Microsoft. Overwork seemed to be a badge of honour for entrepreneurs, managers and executives alike. I assisted dozens of people, including external business owners and managers, set up so they could work from home. I worked from home one day per week and I began encouraging my colleagues to do the same.

Technology made it possible for us to take our work everywhere, so some of my colleagues did. Most extreme, were my colleagues (yes, there was more than one) who used to take their laptops to bed. Imagine the impact this behaviour could have on their sleep, relationships and sanity. I often tried to pursuade my colleagues to leave work at work (or at the home office door). Working from home myself, I could see how easily the lines could be blurred between work and personal life.

In 2009, I started my technology consulting business, Hile Consulting. Most of the entrepreneurs I worked with had quit the corporate life (or lack of!) in favour of being their own boss. Even though they were now the boss, many were struggling to find time for family, relationships, exercise and leisure. Ironically, they spent most of their time working on their job and not their business.

Paul McCarthy, Founder of The Marketing Club, pointed this irony out to myself and a handful of other small business owners the same year. I remember Paul talking to the audience about the long hours most business owners worked. A room full of tired business owners were nodding their heads in agreement. Then he said, “Think back to when you first started your business? Is this why you started?”

Paul’s question hit a nerve with most people in that room. Most of them, including myself, agreed they had no idea how much work was involved in running a business when they first started. I sat there answering Paul’s question in my own mind. I wondered if it was possible to be more in control of my own time again.

I thought back to when I was working at McDonald’s. Every task had a procedure or checklist. When they found something that worked, they would write a procedure. McDonald’s had systems that allowed the same success story to be copied anywhere in the world. Standardisation is why McDonald’s works. If you find a successful store, chances are they are sticking close to the winning formula.

As I was running my own business, I joined Business Networking International (BNI) and was later chosen as Chapter President. BNI meetings literally ran like clockwork. We had scripts, rules, handbooks, role descriptions and more. If we were in doubt about what to do next, we just needed to open our books. BNI was a great system to be part of. We were successful in growing our chapter because we followed a system.

Inspired by two great organisations, I set up a few systems in in my own business. My email management was mostly automated. I set up workflows, so I could easily manage routine processes. Most of my data protection and backup was either automated or outsourced. I set up systems for any repeatable function in my business. I wanted to invest my time running my business, rather than running around in my business.

Losing control of my time

My career took a turn in late 2011, when I decided to pursue a life long dream and join the NSW Police Force as a Constable. After 2 years, I was burning out. Shift work, 12 hour shifts, unpaid overtime, working on days off, constant conflict and hyper-criticism of my work all took a heavy toll. I wasn’t alone but at times it felt like I was. Exercise was an afterthought. My relationships were under strain. As a police officer (at the time) it was hard to admit I wasn’t in control… but it was true.

My partner and I took a relaxing holiday, where I was fortunate to do some reading and some soul searching. I realised I was no longer heading towards my goals. Nor was I in control of my time. How was I supposed to have a career and a life if I felt like I didn’t control my own time? That was the nature of police work.

Some people told me it was the same in every job. Obviously they were overlooking the fact I worked a variety of jobs for 15 years before I joined the police force. The nature of police work is stressful. For those outside the job who say it is not, to put it bluntly, they have no idea.

In 2014, I resigned from the NSW Police Force and returned to business.

Popular opinion among executives and small business owners, at least in my circles, was that work life balance could not exist. Then along came Tim Ferriss, an Entrepreneur and Angel Investor, who wrote the 4 Hour Work Week and changed some perceptions. Then Richard Koch, a well respected Management Consultant, who wrote The 80/20 Manager. Arianna Huffington, Entrepreneur and Founder of The Huffington Post, who wrote The Sleep Revolution following her own collapse. The list goes on.

Robert Kiyosaki wrote a book called Rich Dad Poor Dad. Kiyosaki famously came up with something he calls the cash flow quadrant. He explained there are four roles you can play to make money:

Kiyosaki makes the point that if you ware self employed, you don’t have a business. You have a job. It’s important to make that distinction here. If you can’t take a step back from your job to run your business, then you will always have a job.

It’s not just famous authors who have helped me. Fortunately I have met some inspiring small business owners, who love their work but still manage to find time for relationships, family, exercise and all the good things in life. A few have told me their stories of burnout in the corporate world. Some made the move to regional cities, so they could enjoy the more relaxed lifestyle.

Returning to a 9-5 job, I read every book I could find about time management, productivity and work life balance. I didn’t just read, I experimented. Adopting what worked and discarding whatever did not. I started writing blog articles about what I had learned through my own challenges. Then I wrote and published my book, in my own time before work, in 8 months.

I am living a balanced life despite wearing many hats. I manage to balance my full time job, my part time business, my role on the board of Dubbo Chamber of Commerce and still find time for date night (and a bit of rest on the weekends). At times, when I find my life getting out of balance, I realise it’s my fault.

Something is wrong if you’re an entrepreneur and you don’t feel like you’re in control of your own time. If not you, then who? Starting and growing a business is hard work. Good planning and organisation can help you make sure you are working on the right things. If you hear someone say, “What work life balance?”, don’t worry. It exists. They just haven’t found their own work life balance yet.