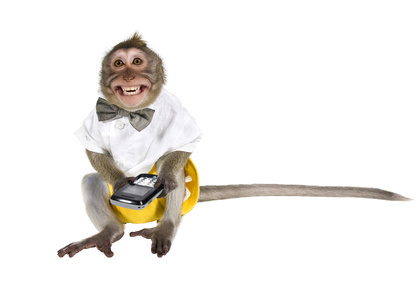 Smartphone addiction is a thing and you probably even have it. According to Psychiatrist Dr Archer, the fear of being without a smartphone is called nomophobia and it affects 40% of the population.

Why are so many people addicted? Dr Archer argues that smartphone addiction comes about because these devices are such an integral part of our lives. We don’t just use our mobile (cell) phones to make calls any more. Most people use phones to socialise, record memories, communicate, play games, watch videos, count steps, control our diets and so much more.

Kogon, Merrill and Rinne suggest our brain releases dopamine when we accomplish things that matter. In their book, The 5 Choices, the writers go on to suggest we may start to pursue activities just because they release dopamine, whether or not they are productive. Later in their book they point out that technology multiplies our addiction to urgency [1].

Smartphone addiction is changing us

Why smartphone addiction is a problem

It’s not crack right? So, you’re probably asking why should you ditch the smartphone? I am not suggesting technology is the problem here. It’s only a problem as far as it affects your life. Keep reading and ask yourself honestly, “is my smartphone use negatively impacting my life?”

At the risk of oversimplification, humans have three parts to the brain. I’ll work backwards to briefly describe each of them. The neocortex or thinking brain is the part that makes us most human. As the term thinking brain implies, this is where we make our conscious, well thought out and intentional decisions. Next is the limbic system or mammalian brain, which deals with our emotions and memory. The very first part of our brain to form and the most primitive part is the brain stem or reptilian brain, which control basic instincts and responses [2].

Our smartphones provide stimuli in the form of alerts, which appeals to our reptilian brain. Alerts from our smartphones are a constant interruption to higher order thinking. We are simply reacting to external stimuli, like we might have as cave men and women. Maybe evolution is turning a full circle!

Changes to our way of thinking might just be the tip of the iceberg when it comes to the many ways technology is impacting our lives. Can you suggest other ways smartphone addiction might be impacting you or someone you know?