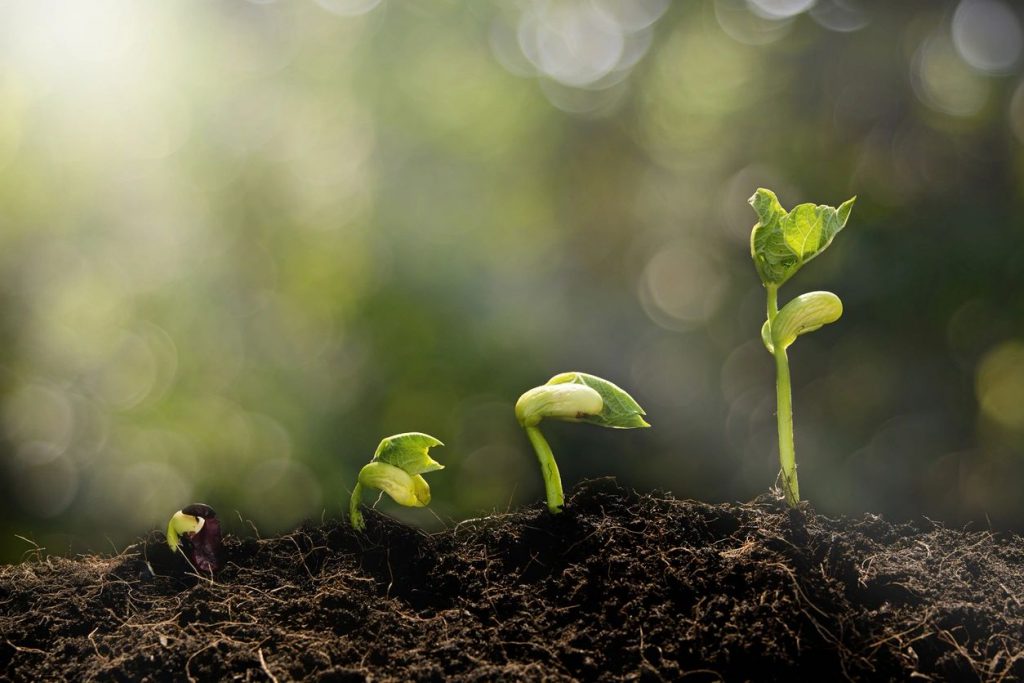 I know there are few times in my life when I have achieved a long term goal and experienced a great sense of satisfaction. Anything worth doing in your life will take time, sometimes years. You will be challenged and you may even doubt yourself at times. Your greatest reward may be the challenges you face and what you learn about yourself as you dig deep to overcome them.

Shiny new object syndrome is the new trend. Most people jump from one new idea or project to the next, instead of pursuing worthwhile goals. Focus has gone out of fashion and busyness is the new black. If you or your business is following a trend then you are also at the mercy of that trend when it declines. Switching from trend to trend, as they become in and out of fashion costs time and money.

You might be searching for the next big thing, jumping from one idea to the next. Ask yourself, what will you do when you find it? Jim Collins and his research team developed something called the hedgehog concept, which he wrote about in his book, Good to Great. Collins suggested one of their findings was their turnaround companies focused on their core business, which ultimately was what they could be the best in the world at (pp90-103). So ask yourself, what can you or your team be the best in the world at?

Collins was talking about turning around companies, from good to great but there’s something we can all take away as individuals too. When deciding what your long term goals are, make sure they align with your personal strengths. I often hear people say, there’s a lot of money in that kind of business or something similar. There might be a lot of money in an industry but if it doesn’t align with your strengths, passions and abilities, you’re not going to see very much of it!

Consider some of the oldest companies in the world. Nisiyama Onsen Keiunkan in Yamanashi is a hot springs hotel in Japan, which was founded in 705AD. It’s been owned by the same family for 52 generations. Do you think they set long term goals? I think it would be safe to say they do… or at least, they haven’t followed trending industries. Same business, same industry, 52 years.

Imagine how many companies Nisiyama Onsen Keiunkan in Yamanashi has outlived in 1,313 years (at the time of writing). How many downturns, recessions and depressions do you think this company has survived? I would dare to say more than you or I have had hot breakfasts. Would that be possible if the family had switched industries when hotels became more competitive? Imagine the impact they might have felt when billion dollar hotel chains were established across the world.

Consider Jeff Bezos also, who at the time of writing unseated Bill Gates as the richest man in the world. Bezos’ Amazon is now Goliath and you may have forgotten about their early days. For nearly 20 years, Amazon barely made a profit. Imagine trying to keep early investors happy for 20 years on the promise they would one day make a lot of money. That’s a long term view, in a world where many investors focus on quarterly profits.

Jeff Bezos built his reputation and his business by setting long term goals. All along he warned shareholders that he would be playing the long game. He suggested investors buy stock in Amazon, only if they intended to invest for the long term. He had the discipline to focus on becoming the world’s biggest bookstore. Books were probably not a very sexy industry at the time, however, Bezos had a vision and a unique business model.

Warren Buffett is a very successful investor and CEO of Berkshire Hathaway. At the time of writing, Buffett is worth $85.7 Billion and the third richest man in the world. Buffett has become known for his long term investment strategy, which he used in his early days when investing money for a small group of family and friends. He still uses that strategy today.

“I am not in the business of predicting general stock market or business fluctuations. If you think I can do this, or think it is essential to an investment program, you should not be in the partnership” -Warren Buffett.

Buffett’s investment rules include testing performance, which he says should be done at most every 3 years. He does however, prefer 5. He still follows this long term investment strategy in a world where everything seems so urgent, stock markets fluctuate rapidly and we are exposed to a 24 hour news cycle.

“If you don’t design your own life plan, chances are you’ll fall into someone else’s plan. And guess what they have planned for you? Not much” -Jim Rohn.

Long term goals will set you apart. In business, they’re often referred to as strategic goals. Jim Collins calls them BHAGs or Big, Hairy, Audacious Goals (pp195-205) in his book. I recommend, in business and in life, you set long term goals first and then work backwards. Consider the most capable athletes or people in your line of work who are at the top of their game. Chances are you will find it’s taken them years, perhaps even decades of determination to achieve what they have. Learn to play the long game, like them.